He was an AAVA member until he motorizes his Condor.

At that time, he was at the origin of the shed construction which he shared with Tatave (Jacques TAVERNIER).

At the beginning, he had designed its first glider which has been recovered by RAVEL, an enthusiast of old machines.

Of this prototype went out the Condor, first pure glider (photo 2) then powered (photo 3).
Jacques has also restored various aircrafts and the last one was a Jodel 113, extracted from a 112 bought as a wreck, and with which he was steal flying.

He also constructed a Variez (photo 4).

His wife, Monique, has been an AAVA very much involved volunteer and she is always interested in our club: she watches the Net Coupe and she does not miss an opportunity to feast with us or with the ACMV.

She did her last Pegasus flight a few years ago and is steal active in Vinon social life. She paints and exposes her watercolors, takes care of dependent persons... 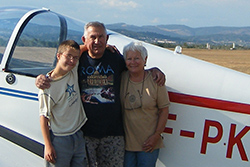 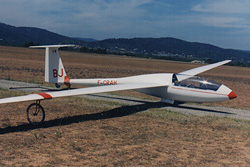 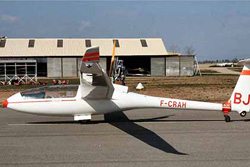 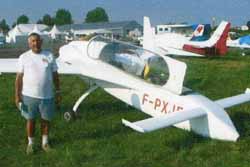