As it was announced a few days ago, the second wing of the Duo EI has been finished, aileron and spoiler rigged, polishing done.

While we were at it, the fuselage has been brought into the workshop.

Removing the old coating and preparation before painting took a bit more than a week.

Then, laying the new gelcoat began on Friday.

February 2nd, for the first half, the second half (left side) being painted on the following day.

The ghost-in-a-white-suit holding the spray-gun is Birgit who took the opportunity to have his first experience as a painter. (is there a feminine form for this word in English?)

If we are lucky enough to escape the usual problems, and if we can keep up the pace until the end of the works, the sailplane might be put back into service a little bit earlier than expected.

But beware of excessive optimism!

I’ll give you soon other information about coating and “coaters”. 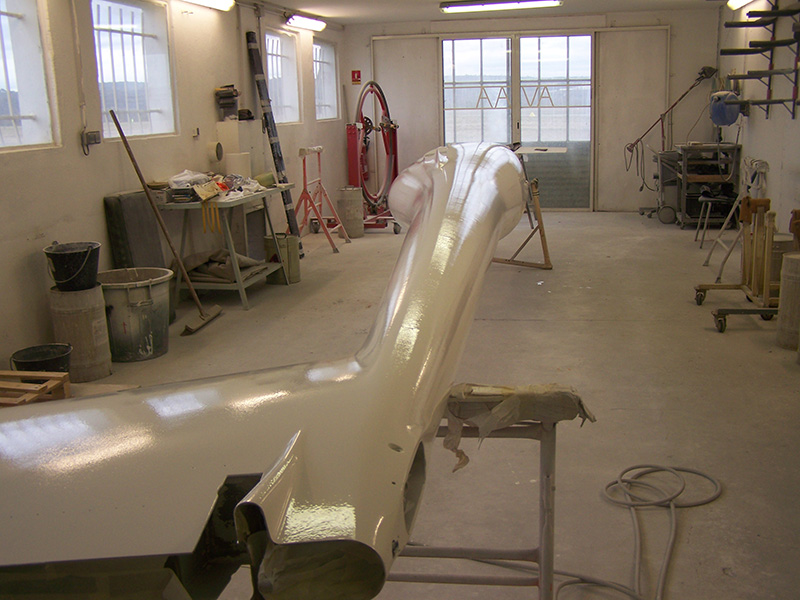 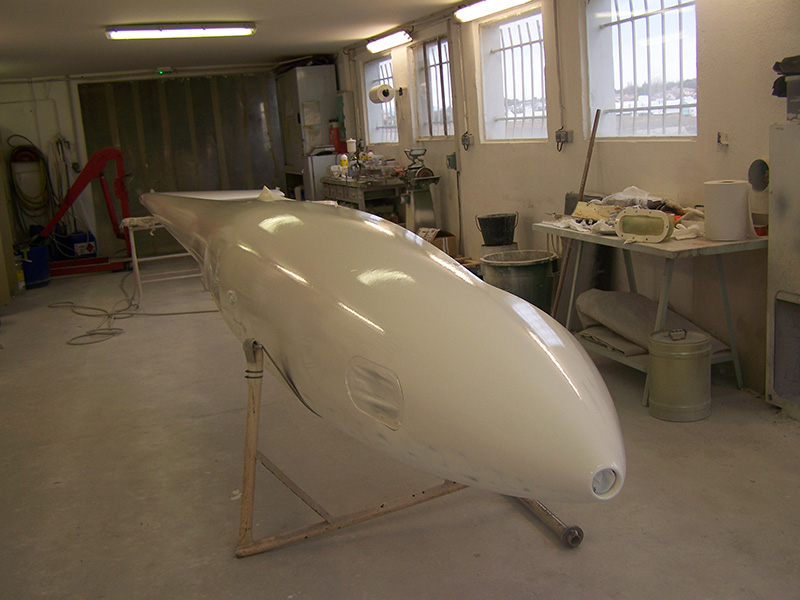 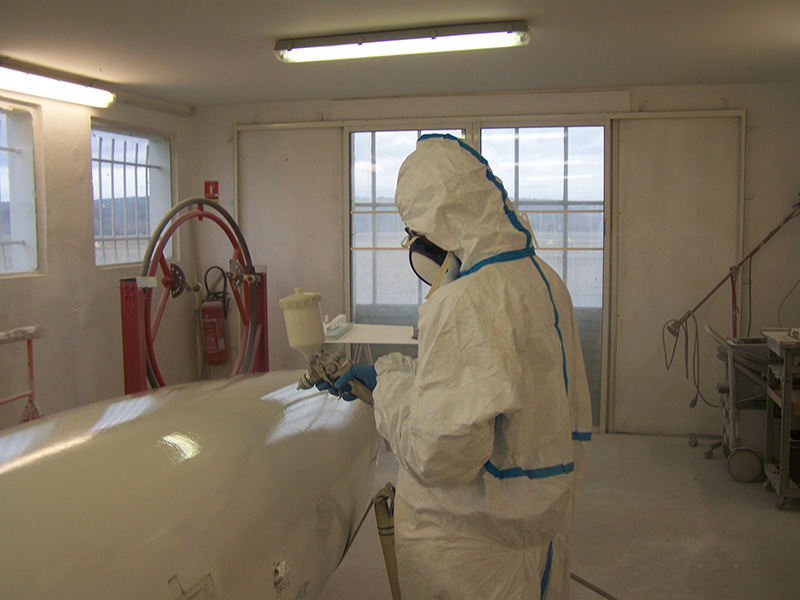 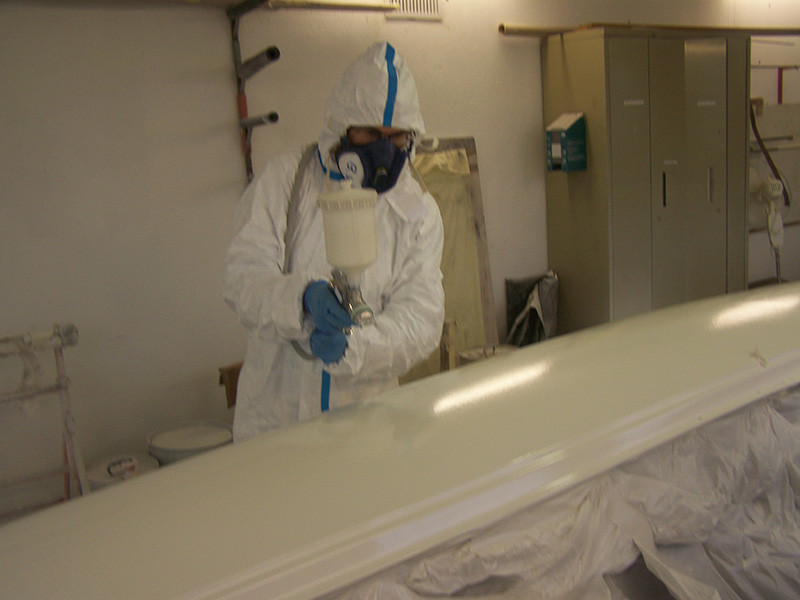 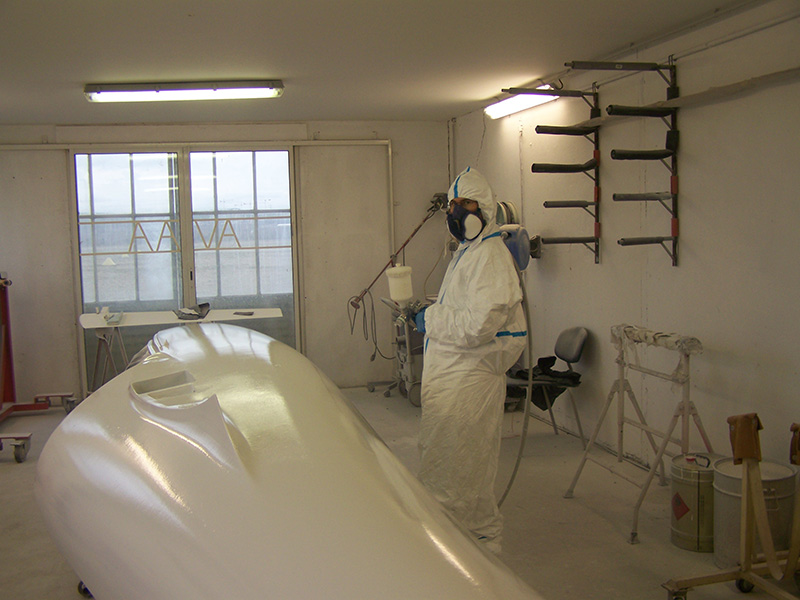 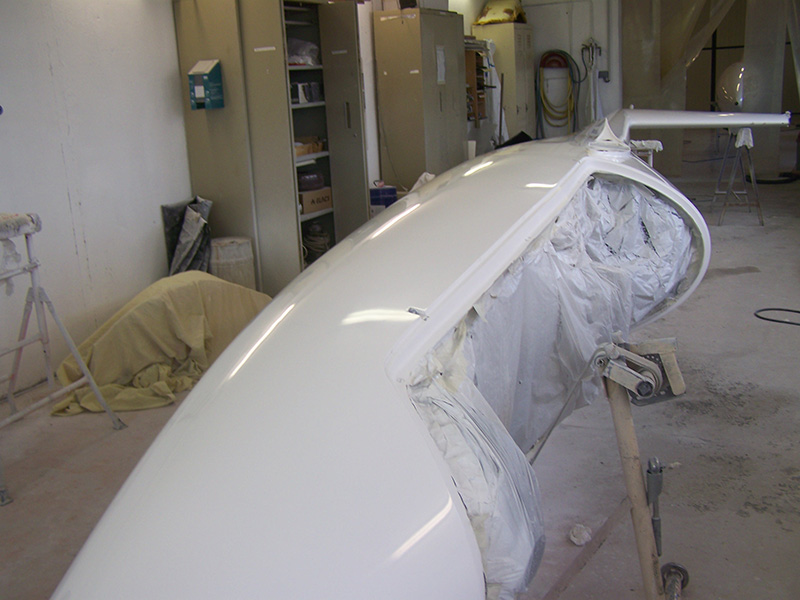 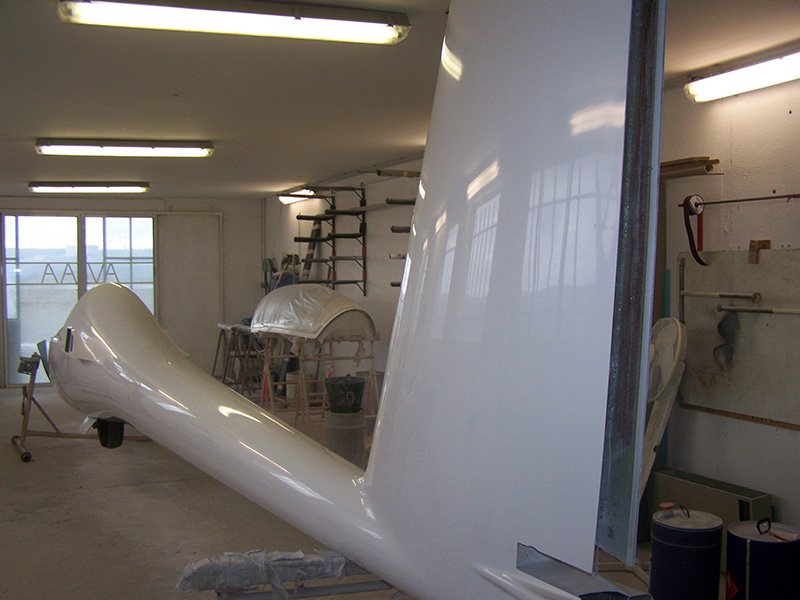 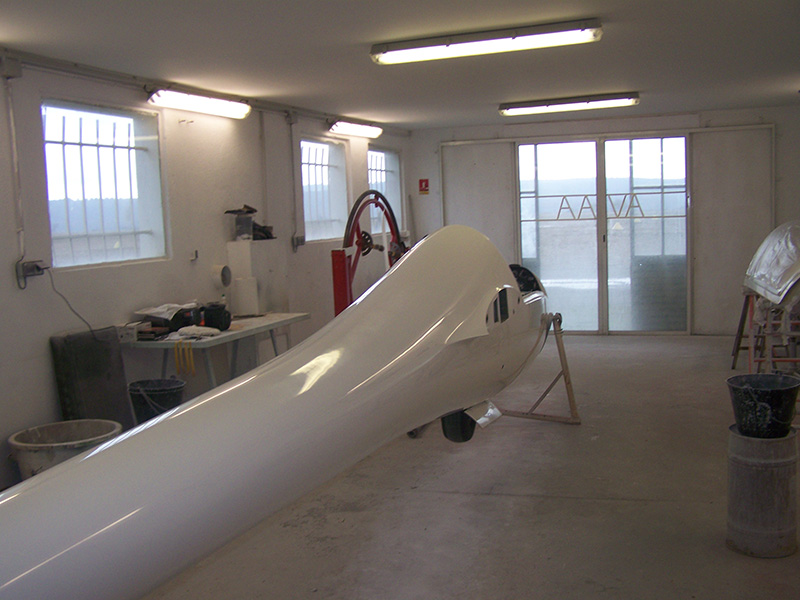 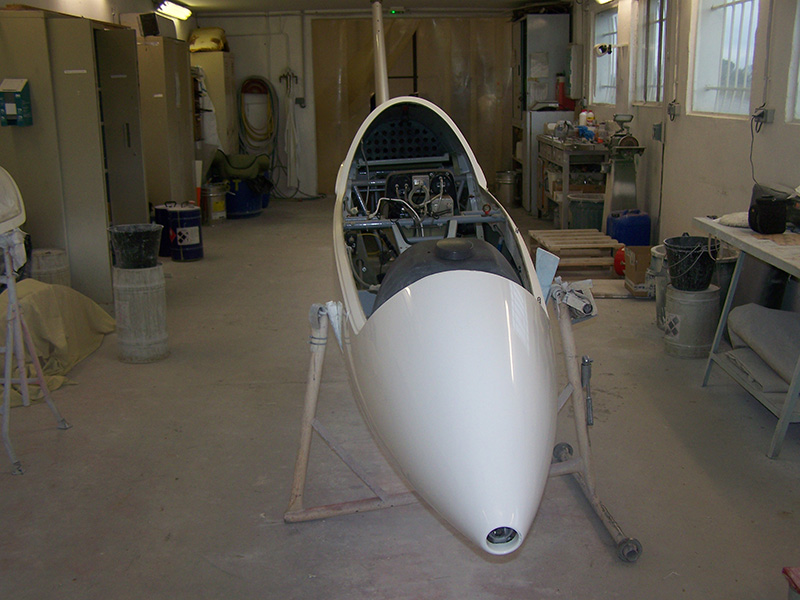